Moss & Barnett is pleased to announce that Aaron A. Dean, Susan A. King, and Taylor D. Sztainer have been elected shareholders of the firm effective January 1, 2017.

Susan ("Susie") is a member of the firm’s wealth preservation and estate planning team. She focuses her practice in the areas of estate planning, probate, trust, guardianship/conservatorship, and elder law. A frequent speaker, she has also contributed to published works on an array of elder law issues. In 2013, Susie was appointed by the judges of the Fourth Judicial District of the State of Minnesota to the Hennepin County Guardianship/Conservatorship Attorney Panel.

Taylor is a member of the firm’s litigation, accountant law, employment law, and creditors’ remedies and bankruptcy teams. She is a business attorney focusing on litigation. Her areas of emphasis include employment-related disputes, including non-compete litigation, breach of contract, discrimination, harassment, and retaliation claims; business and personal torts; professional liability claims; shareholder disputes; and commercial disputes. Prior to practicing law, Taylor was a law clerk for the Honorable Elizabeth H. Martin in Minnesota District Court’s Tenth Judicial District. 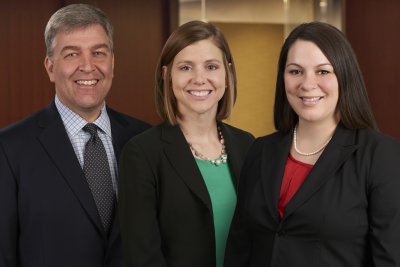