Moss & Barnett is pleased to announce that Aaron A. Dean received the Minnesota Subcontractors Association’s 2017 “Champions Award” at its Annual T.O.P.S. Awards Dinner held on January 23, 2018. Eight years ago, the Minnesota Subcontractors Association (MSA) decided to recognize special individual members for their long-term work to enhance the business environment for subcontractors and for outstanding contributions to MSA. Moss & Barnett attorney, Curtis D. Smith, was the first recipient of the MSA Champions Award in 2010.

“Aaron has selflessly given so much time to make the Minnesota construction industry fair, transparent, and equitable,” said David Bruneau, Executive Director of MSA.” “We have seen Aaron in action and are grateful and honored to have him on our team.” 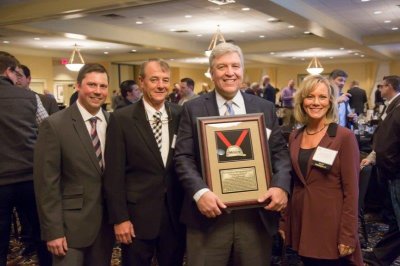