Hurry Up Faster on Bid Protests 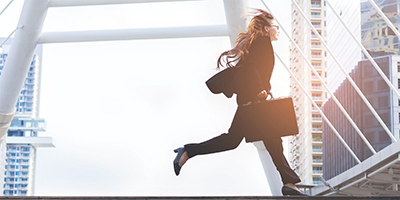 The state and its political subdivisions spend huge amounts of money on construction projects every year. As a general matter, those public contracts must be competitively bid, and Minnesota has a robust body of law governing the bidding process. Underlying these laws is the assumption that, without legal mechanisms to protect the integrity of the bidding process, fraud and favoritism would run rampant.

The primary mechanism to ensure that public contracts are awarded fairly is the bid protest. Bid protests are usually brought by taxpayers or by one of the bidders. Bid protests have always been fast-paced actions because once work starts on a project, it becomes very difficult to stop the project, even if it was illegally awarded. The legislature recently made that need for speed even greater.

A Minnesota Supreme Court opinion pointed out that, due to some fairly arcane jurisdictional rules, some parts of a bid protest should be handled by the district court, while other parts of it should be handled by the Court of Appeals. See Rochester City Lines, Co. v. City of Rochester, 868 N.W.2d 655 (Minn. 2015). These jurisdictional rules create significant practical difficulties, including the possibility that the two courts could reach different and conflicting results.

In May 2019, the legislature enacted legislation to resolve the jurisdictional problem by giving the district courts exclusive jurisdiction over bid protests. See Laws 2019, c. 21, §§ 2, 3 (codified at Minn. Stat. § 16C.281 and Minn. Stat. § 471.345 subd. 21). But the legislature went further and added a provision severely limiting the time in which a bid protest can be brought:

A procurement process participant must file an action prior to the date when the procurement contract at issue is fully executed unless:

Minn. Stat. § 471.345 subd. 21. The statute defines “reasonable access to necessary information” and “a reasonable opportunity” as at least 15 days before the procurement contract is fully executed. Id.

The take-away for bidders and taxpayers is that they need to act fast if they believe there is a problem in a public contract bid process. They should contact a knowledgeable attorney immediately so that they can preserve their right to insist on fair and legal public procurements. Waiting may result in forfeiture of the ability to challenge the bid process or contract award.