Whose Followers Are They? Establishing Ownership of Company Social Media Accounts 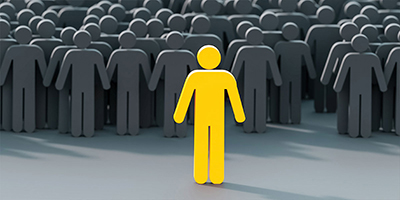 While the law is finally catching up with technology and some courts are addressing this issue, the results have been inconsistent. Some courts have determined that the social media account created by an employee (including all of its “followers” and “likes”) belongs to the employee who controls access to the account. In those cases, the businesses have not only lost the legal battle but also valuable property rights.

In Eagle v. Morgan, No. 11–4303, 2012 WL 4739436 (E.D. Pa. Oct. 4, 2012), an employee sued her former employer for continuing to use the LinkedIn profile she created for the company after her employment was terminated. Finding that the company had no clear social media ownership policies in place, the court determined that the employee owned the LinkedIn account.

In PhoneDog v. Kravitz, No. C 11–03474 MEJ, 2011 WL 5415612 (N.D. Cal. Nov. 8, 2011), an employer sued one of its former employees for refusing to turn over login and password information for the company’s Twitter account. During his employment, the employee accumulated 17,000 followers for the account. Upon leaving the company, the employee changed his username, but retained the original followers. The former employee then used the Twitter account to promote his new employer — a competitor of his ex-company. Among other claims, the employer alleged misappropriation of trade secrets in its complaint. Denying the employee’s motion to dismiss the complaint, the court found that the Twitter account and its password could constitute a trade secret under California law. The case ultimately settled.

In In re CTLI, LLC, No. 14-33564, 528 B.R. 359 (Bankr. S.D. Tex. 2015), a former business owner refused to relinquish control over the business’s social media accounts when the business filed for bankruptcy protection. The former business owner claimed ownership of the accounts, arguing that he invested his time and personality into their development. The court determined that the social media accounts were the property of the business’s bankruptcy estate.

In Ardis Health, LLC v. Nankivell, No. 11 Civ. 5013, 2011 WL 4965172 (S.D.N.Y. Oct. 19, 2011), a former employee refused to turn over her login information for the company’s social media accounts, which she managed during her employment. At the start of her employment, the employee executed an agreement acknowledging that all work created or developed by her “shall be the sole and exclusive property” of the employer. The court found that the employer indisputably owned the rights to the social media account access information pursuant to the written employment agreement.

Business owners should implement a customized social media policy and employment agreement that bind owners and employees regarding the creation, maintenance, and ownership of company social media accounts. This proactive approach may prevent many of the problems that are arising in this rapidly developing area of law.