Are Your Company's Debt Collection Practices or Policies Creating an Impermissible Disparate Impact? 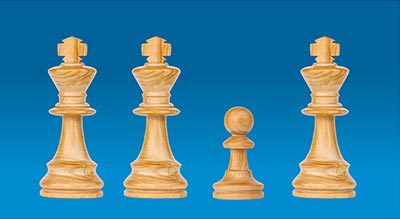 The Consumer Financial Protection Bureau (“CFPB”) is tasked with ensuring that financial institutions comply with fair lending laws, including addressing discrimination in the consumer credit industry. The ECOA was enacted to protect borrowers seeking credit. This legislation prohibits credit discrimination based on race, color, religion, national origin, sex, marital status, age, or because the consumer receives public assistance. 15 U.S.C. § 1691(a)(1) (2012); see 12 C.F.R. pt. 1002.2.
There are two main theories of liability under the ECOA:

In cases of disparate treatment, the creditor treats an applicant differently based on protected class status. Proof of discriminatory intent is required in these cases.

To establish a prima facie case under a disparate impact theory, a plaintiff must identify a specific facially neutral policy or practice that results in discrimination. The plaintiff must also demonstrate with statistical evidence that the practice or policy has an adverse effect on the protected group. There is no violation of the ECOA if a policy or practice can be justified by “business necessity” and there is no less discriminatory alternative.

Collection Agencies are Subject to the ECOA

Like lenders, the ECOA also applies to collection agencies. Inconsistent application of state specific debt collection practices could lead to claims of disparate impact. For example, the Colorado Fair Debt Collection Practices Act prohibits debt collectors from communicating credit information to a consumer reporting agency earlier than 30 days after an initial notice has been mailed to the consumer. Colo. Stat. § 5-16-108. To avoid this state-specific requirement, collection agencies attempting to collect debt from consumers in Colorado may decide against credit reporting, despite reporting in the other states in which they collect. The different collection practice in Colorado relative to other states could create a disproportionate adverse effect against members of a protected class.

Prepare for the Future

In a changing administration, there may be an increase in enforcement actions by the CFPB and DOJ relating to impermissible disparate impact. Thus, now is an ideal time for financial institutions to reevaluate the effect and unintended consequences of their policies and practices. Please reach out to your Moss & Barnett attorney for assistance.