Moss & Barnett is honored to represent Andy Kaufmann, his sports business holding company Zawyer Sports, and his portfolio of leading sports businesses. After selling his very successful marine and outdoor survival products company, Andy parlayed his passion for competitive athletics, ability to innovate, and acumen for assembling and leading high performing teams into owning and operating some of the most successful minor league teams in ice hockey and baseball. He is the managing partner of the Jacksonville (FL) Icemen of the ECHL, widely considered one of the best and most impactful minor league hockey teams in the United States. Andy is also CEO of the Community First Igloo, the future practice home of the Icemen and a hub for youth hockey development and excellence in Northeast Florida. He also acquired and operated the Ft. Myers Mighty Mussels, the Florida State League Class A affiliate of the Minnesota Twins, and operated Spring Training for the Twins. 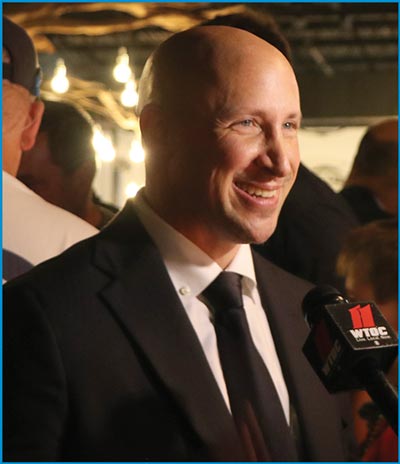 Moss & Barnett attorneys Rob Schumann and Brian Schoenborn have represented Zawyer Sports in many transactions and recently assisted Andy in the sale of a controlling interest in the Mussels to Illinois entrepreneur John Martin. Andy maintains a minority interest in the club. Zawyer Sports is also working with Moss & Barnett on developing the expansion Savannah (GA) Ghost Pirates of the ECHL with partners Tim Tebow (Heisman Trophy winner), Myles Jack (Pittsburgh Steelers), and other influential leaders in sports and business. The Ghost Pirates are set to drop the puck this October and are on track to break the ECHL season ticket record.