While class action lawsuits are typically associated with hefty litigation expenses, consumer attorneys repeatedly filing boilerplate cases may be just as disruptive. In Tennessee, consumer attorneys recently filed dozens of nearly identical FDCPA lawsuits against debt collectors, debt buyers, and collection attorneys. A debt buyer named as a defendant in twenty-five (25!!) of those Tennessee FDCPA cases worked through our law firm, Moss & Barnett, to execute a thoughtful strategy punctuated with persistence and patience that paid off with three major victories. It is expected that this trifecta of FDCPA wins should prevent future “frequent filer” FDCPA lawsuits in Tennessee and other jurisdictions.

Filing a Collection Lawsuit Was Not Deceptive

The numerous FDCPA cases in Tennessee all had two common themes: Each alleged that a collection lawsuit filed against the consumer was somehow deceptive; and, each asserted that the debt buyer that owned the account was required to maintain a collection agency license.

In the case of In re White – which is a reported decision available at 2013 WL 5936679 – the plaintiff argued, among other things, that the defendants violated the FDCPA because there was allegedly no intent to prosecute a collection lawsuit filed against the consumer. The court disagreed, stating:

"In this case, plaintiff has failed to provide a factual basis for its assertion of defendants’ alleged scheme that would entitle him to a trial. There is no evidence in the record of defendants’ intent to hire [the collection law firm] to file suit on its behalf without the intention of pursuing that action, nor is there any evidence of this being a pattern and practice of defendants."

The court in Robinson – which is a reported decision available at 2013 WL 3968446 – also ruled in favor on the debt buyer on the collection lawsuit issue. Further, both courts agreed that Tennessee law clearly provides that a passive debt buyer need not maintain a collection agency license.

Fourteen of the cases brought against the debt buyer were scheduled for trial before the same court in Tennessee. In the Bradford decision, the court before which those 14 cases were pending agreed with the Judges in White and Robinson – and also the recent ruling by the Sixth Circuit Court of Appeals in Clark v. Main Street Acquisition Corp. – and held that the filing of a collection lawsuit against the consumer was not deceptive.

"Under the unique circumstances of this case, the Court is persuaded by [the debt buyer's] argument and holds that an entity that does not engage in collection activities itself but relies on licensed collection agencies and licensed attorneys to conduct those activities need not be licensed pursuant to the TCSA, and [the debt buyer's] failure to obtain the license does not constitute a violation of the FDCPA. To the extent prior decisions of the undersigned might conflict with this opinion, they are now overruled."

The plaintiff appealed the decision in Bradford and the case is presently pending in the Sixth Circuit Court of Appeals.

When faced with the expense and business disruption of dozens of lawsuits, it is easy to understand how a debt buyer may be willing to pay off the plaintiffs rather than fight for what is right. Unfortunately, paying to settle these types of cases results in more cases being filed. The only proven way to prevent frequent filer lawsuits is to fight and win. 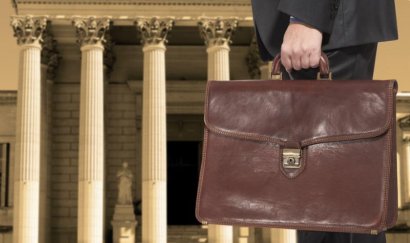