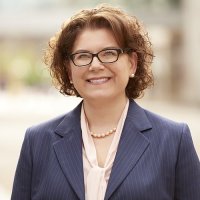 On March 29, 2019, Governor Walz issued an Executive Order continuing former Minnesota Governor Mark Dayton’s Task Force on Broadband. Shannon had previously been appointed by Governor Dayton to the Governor's Task Force on Broadband on June 1, 2015, until it expired when Governor Walz was elected. The new task force will build on the work of former Governor Dayton’s Task Force on Broadband to develop policies to promote the expansion of broadband access throughout Minnesota. It is responsible for developing an action plan to identify and correct disparities in access and adoption of broadband in all Minnesota communities, with the goal of ensuring that homes, schools, hospitals, and businesses have access to the technology and information resources they need.

Shannon advises on a full range of complex regulatory and litigation matters, including the protection of customer proprietary network information (CPNI), Connect America Fund compliance, and telecommunications service obligations. She represents clients before both state and federal regulatory bodies and courts. Shannon regularly navigates the maze of laws and regulations impacting telecommunications and broadband providers. Her past successes include negotiation of consumer complaints, withdrawal from regulated businesses, and participation in state and federal grant programs. In addition to serving on the Governor’s Task Force on Broadband, Shannon currently serves as the Chair of the Communications Law Section of the Minnesota State Bar Association. She organizes monthly continuing legal education lunches and an annual Regional Forum.

“Shannon's depth of knowledge and experience in communications law, as well as her commitment to promote the expansion of broadband access in Minnesota, are perfectly suited for her continuing role on the Governor’s Task Force on Broadband,” said Moss & Barnett President and CEO, Brian Grogan.