On the evening of June 18, 2013, while on his way home from work, Kevin came to the aid of a young female victim who was being violently beaten by a group of assailants. As Kevin approached, the assailants fled while Kevin came to the aid of the victim and called 911. Officers arrived on the scene and were able to apprehend several of the suspects involved. Officer Andrew Schroeder was awarded an Award of Merit for the same incident for apprehending the last of the suspects on June 22, 2013. As Metro Transit Police Chief John M. Harrington notes in his commendation, “It is the collective effort of honest citizens and Officers on or off duty, being in the right place at the right time that provides safety and justice for our community.”

The Metro Transit Police department is a vital component of Metro Transit and the Metropolitan Council. Transit Police ensure the safety and high standards necessary to attract ridership and maintain an environment conducive to a healthy, vibrant transit system. For more information, please visit www.metrotransit.org. 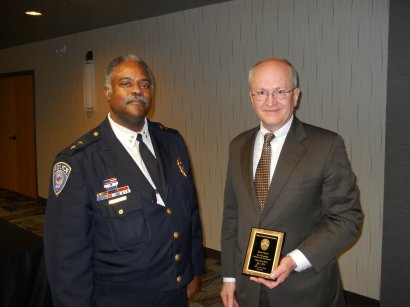